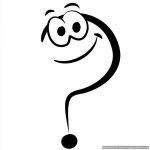 We have learned that Lead impact PPV Network owned by blinkx (LSE: BLNX), which has acquired: Lead Impact and Adon PPV Network , Burst etc has increased its first time deposit limit from $200 to $1000 which is a good sign as now only those people would be able to join and advertise on the network who know what they  are doing and who are serious in advertising on PPV Networks , Also for he advertisers it is a positive measure as they will have to face less competition.

However on other side it is not a good news for newbies specially those with limited budget as it will require them to have at least $1000 as advertising budget ..

We have also learned that leadimpact is upgrading its system and due to that users are also getting effected for example people reported problem with their system for example account showing zero balance , Many people have also reported sudden increase in  click discrepancy and a few other problems which even cost advertisers some serious money .. However the good news is that in my experience the traffic quality and volume on lead impact is improving which is a good news.

What you have to say about lead impact ? let us know by making a comment below .

Get Free access to my free Affiliate Success Webinar, Which has successfully produced many super affiliates!