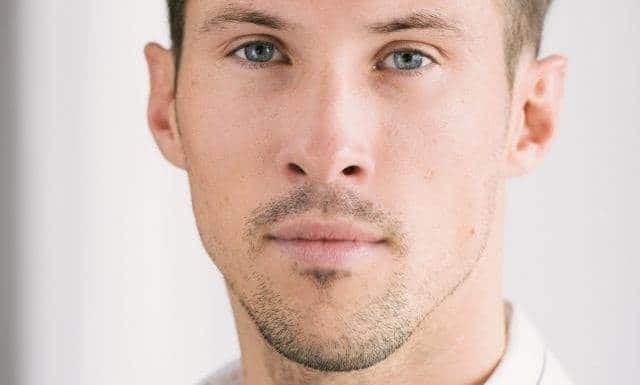 Robert Gryn is the CEO of Codewise the company behind Voluum and Zero Park traffic network. I met Robert and his CTO Bartek at Adsimilis Meetup in Dubai. It was a good experience meeting these guys as I wanted to know about their tracker and I had many questions and concerns about it, and also about their traffic network. Both of them were pretty cool about it and answered all my questions. In fact that meeting convinced me to try both their products. To share more about their products I decided to interview Robert on my blog and share his views with my readers. Okay so lets start with the interview …

Tell us a little bit about yourself. How old are you? Where do you live? etc

My name’s Robert Gryn, I’m 28 years old and I currently live in Krakow, Poland where my company Codewise is based.

How long have you been working in this industry, and how did you get involved? What was your first money maker?

I started with affiliate marketing almost in 2005, when I started promoting a pay-to-surf type site thru it’s referral program. I got into CPA marketing in 2009.

Can you please tell us a little about your professional background?

After I finished my studies, I got a job at a startup called Elephant Traffic. What they did is similar to what ZeroPark does now.  When working there I got involved with everything, including marketing, finances, operations, IT management, project management, sometimes even HR. It’s the experience that changed my life and gave me the balls to start my own company after I quit.

What is the most expensive thing you ever bought?

Erm, an apartment 🙂 I don’t really splurge out on fancy things. I like a good pair of shoes and a nice watch, but I’m quite reasonable.

The #1 Secret of online Millionaires

Over 100,000+ people are successfully generating an online income with ClickBank and they all have one thing in common…

Biggest achievement is having grown Codewise to where it’s at today which is 36 people based in a fantastic office space. I honestly sometimes feel like I’m dreaming when I try to get my head around where we’re at and how far we can now go.

Biggest failures.. I try not to think in such terms as I don’t believe in regretting decisions and/or looking back unless you can learn from it. Purely financially, there was one day where I lost $300k due to an IT error in our internal tracker. That was tough to bounce back from.

What is your Daily Routine?

Get up around 7-8AM (I don’t use an alarm clock) shower with loud music, do some light exercise and stretching. I either walk or bike to work. At work I typically have a couple of meetings, product meetings, management meetings and what not – I like to know what’s going on. In regards to the actual work.. I’ve now delegated all of my tedious small tasks to others so I work on business development and think about the bigger picture for Codewise. Be it planning our next project, or seeing how we can grow ZeroPark and Voluum.

What tips would you give to those who want to take the path of entrepreneurship?

See question #21. There are many tips but going back to question #3 I highly recommend getting a job at a startup. There’s no better way to learn than at someone elses expense.

Are you an affiliate yourself?

I’m no longer an active affiliate. As strange as this may sound to some, it’s made me a happier person. I was burnt out, couldn’t look at any more LPs, I also realized I wasn’t motivated by money. The only thing that kept me going was the fact that we needed the cashflow to sustain growth at Codewise as we weren’t profitable yet. As soon as we turned profitable I ended my media buys with great pleasure and relief as I wasn’t able to focus on the big picture doing nitty gritty things. I still read about AM on various forums as I like to stay in touch with trends.

Tell us about Voluum  and what inspired you to start this service ?

We created a custom tracker for my needs as I was sick and tired of CPVLab crashing on me weekly, having to wipe all my data 2 times a day and all that. Then at Affiliate Summit West 2013 I showed a couple of guys our tracker and I pulled up 500 million clicks of data within 30 seconds. Their reaction was “WTF, is that a screenshot?” I said, no, that’s our internal tracker. To which they responded, build a public version and take our money! That’s all we went off of to start working on Voluum later after the conference.

As we all know setting up a tracker like yours is not a bed of roses, what was your biggest problem when you started?

The biggest challenge is that you’ll never know what the needs of others are until they start using your product. That’s the exact reason I pushed back the paid launch twice, by 6 months in total. We built it the way I thought would be suitable to affiliates, not looking at other self-hosted solutions as we didn’t want to take too much ‘inspiration’. The postponement of the launch allowed us to add critical features that would justify us charging money for our platform.

How large is your team? How many people work under you?

Codewise is currently 36 people – 70% developers. Nobody works under me as we have a horizontal structure 🙂 By next year we’ll be around 70 people and to accommodate, our new office building is being built right next door as I write.

There are a lot of Tracking solutions these days, What makes yours different and how does it stand out?

Nobody has put in the level of investment and time into a tracker as us. In fact, in our company, we do not consider any self hosted tracker as competition. It’s not us being cocky, it’s just that building a self-hosted tracker limits you to being just that. Our plans go beyond that.

We’re a heavily tech company, we’ve built our own database solution which not many companies in the world have done. We’ve also set up and built a highly sophisticated server infrastructure on Amazon Web Services to handle the billions of visits and clicks (soon impressions). We’re actually one of their largest customers in central Europe. We also constantly revise the technologies that we use to stay in the forefront of the IT world. This approach keeps us dynamic, competitive and perhaps most importantly, it keeps our developers motivated as they’re extremely passionate about new tech.

To sum up, what makes us the most different is that we are thinking next level. Tracking is just the beginning for us but it opens us up to many very exciting opportunities for consolidating a heavily fragmented industry – the whole performance marketing industry.

The #1 Secret of online Millionaires

Over 100,000+ people are successfully generating an online income with ClickBank and they all have one thing in common…

Many people argue it is not a good idea to have their all your tracking data including offers and keywords on someone else`s server what you would say about it?

To be honest, I always knew this would be a challenge. At the same time I knew it was a matter of educating people and also, a matter of building a product so good, that people would just forget about it and appreciate the fact that they can focus on what they do best: affiliate marketing.

The biggest fact that proves the shift in mindset is that Voluum grew to now nearly 3000 users purely by word of mouth. We only attended a few conferences and posted on a couple of forums, the rest spread via our users recommending Voluum to one another.

Do you have any plans to launch self-hosted version of voluum ?

We will not be launching a self-hosted version. It’s not a scalable business long-term. I’m happy to leave that part of the market to the smaller players in the tracking space.

Tell us a little about about Zero Park?

ZeroPark is our bread & butter so to speak. It started out as a self-serve platform to resell domain traffic, and we’ve now moved to other forms of traffic such as pops. Currently we have close to 8 billion visitors (redirects) available a month, and that will double very soon. Think of ZeroPark as a PPV network with a twist.

What are your plans for the future?

We’re constantly hiring talented developers as we want to continue growing both ZeroPark and Voluum. More importantly, we’re now starting a third project which in terms of scale will trump both. More details will come on that soon 🙂

What are the challenges you are facing right now and how are you planning to overcome those challenges?

Our main challenge is hiring right now. Especially support and account management type roles where experience is key as well a fluent English. We work with about 10 recruitment agencies and attend various job fairs in Poland. We’re also looking to bring people in from abroad which we’ve done already a few times. We’re also playing with the ideas of opening an international office(s).

What are your favorite traffic sources? And why?

I used to be a high volume CPA media buyer. So I wouldn’t do much optimization myself, I’d work with 3rd parties that run thru AppNexus and in the older days RightMedia. On the buys that I would optimize myself I liked 50onRed due to the scalability, and for mobile PlugRush was my fav.

Lastly and shamelessly, ZeroPark, as I don’t know of any other self service traffic source with that amount of volume 🙂

If you could go back in time and do things differently, what one thing would you change?

I wouldn’t change a thing – honestly I cannot believe we’re in the place that we’re at now with 2 successful projects and what’s more exciting are the opportunities that lay ahead of us as we have all the resources anyone could dream of to take them head on. Things fell in place nicely!

What budget do you suggest to start with affiliate marketing?

Is there anything else you want to share with our readers?

I have two presentations that some of you could benefit from. I know a lot of affiliates dream and think about starting a real business. This is something I’ve finally managed to do and it took me not only a lot of time but what was more difficult.. it took a lot of personal development. I was an introverted lone wolf type for most of my life and in my talks I touch upon my personal experience of overcoming that.

I would like to thank Robert for taking time out of his busy schedule and sharing his time with us , those of you who are interested to buy traffic from Zero Park click here or check out his awesome tracker voluum here ~ KJ